a year ago by Varsha Kalakuntla — 4 min read

Aaron Mitchell shares how to land your first job

Our July workshop for our 2021 program was about landing your first job and it was hosted by Aaron Mitchell, Director of HR at Netflix Animation Studio.

Close the Gap’s Social Impact Fellowship is a three-month summer program for low-income 11th and 12th graders to find mentors, grow their confidence, and give back. Students grow through structured mentorship, project-based learning, and social impact scholarships.

In addition to the everyday curriculum of our program, we work with guest speakers who bring their professional skills and personal stories into workshops for the students. Topics vary from career to finance management and aim to help inspire our students. Our July workshop for our 2021 program was about landing your first job and it was hosted by Aaron Mitchell, Director of HR at Netflix Animation Studio.

Aaron began his talk by sharing his background with the fellows. As the son of a mechanic and a cake decorator, Aaron grew up in a working-class home. He spent his time outside of school and extracurriculars working at Walmart to help support his family. After high school, he wanted to attend college to major in business so that once he graduated, he could enter the Wal-Mart management development trainee program and eventually become a store manager. He never considered a career in human resources.

However, once Aaron began attending Temple University, he realized that he was not interested in many majors within the business school. That was until he heard about human resources. With the combination of his interests in philosophy and psychology as well as the opportunity to work in business, human resources became a vehicle for him to figure out his career.

Aaron talks about meeting his wife in college and how her dedication to her education helped him learn how to study and gave him positive competition. Once he and his wife graduated college, she headed to Bakersfield, California. Aaron went with her with his college degree and a lot of confidence - but unfortunately, no job.

Because of California’s more complex employment law framework, he had a hard time initially landing an HR job with no work experience in CA. Through natural networking, he took a job with a staffing agency that seemed fitting after turning down a few entry-level roles that weren’t aligned. He continued networking while working and eventually connected with a local professor who found Aaron an interview at Bolthouse Farms, which led to his first real job in HR.

While this first job was only one part of the story, all of Aaron’s experiences helped him to learn more about himself while learning how to approach unique situations and navigate failures. This led Aaron on his continued path towards a career with Netflix and the life he has today. He is a graduate of Temple University (BBA) and Harvard Business School (MBA), board member of The Atlanta Music Project, The People Concern, and UNICEF USA, and proud father of two daughters he is raising with his wife from college.

Q: How do you emotionally make it out of being FGLI (first-generation, low-income)?

A: The feeling that got you out doesn't ever escape you, lucky enough that friends were focused on getting out, lived with a fear of failure, and needed to succeed because I did not have a safety net, this feeling fueled a creativity in me, having a good support network and friends was important to me, mutual support systems and vulnerability and all of these things lead to small wins which lead to big wins.

Q: How do I become authentic and garner people like that?

A: I sought out older people as mentors and tended to be vulnerable which helps to build connections.

Q: Do whatever it takes to assimilate or be authentic? Are they in competition?

A: When I was younger I was assimilating and faking it till I made it.  It's what got me to a point where I could be more myself.  I was always unapologetic when I spoke and never missed an opportunity to be myself, but I didn’t always volunteer it.  So I got in by assimilating but very quickly and over time brought more of myself to work.  I wish I didn't have to take this approach but it’s what I needed to do and hope this next generation can skip the assimilating part.

Q: How do you pick your first job to push you in the right direction?

A: I really liked HR and was not willing to do a job in something I was unhappy with.

Q: What does success mean to you?

A: When I was younger it meant being able to buy a house and buy my parents a house. I define success now as complete financial independence; being able to come to work because I love it and not because I need it.

Q: Advice for someone applying for their first job?

A: If you spend your time building your network in the areas you think you might want to work, you don’t need to apply for a job, if you think you know what you want to do.  If you don’t, pick something that gives you options and do the same thing.  Your resume matters much less if you know people and you can get to know them by making that your priority.

Q: How important are cover letters?

A: Depending on the company and their values, you can use the cover letter to explain what's not on your resume.

Q: Did you have a time frame for yourself and how did it affect your career path?

A: I’ve always been ambitious and once I understood Corporate America, I wanted to keep moving up, but a boss early on told me to slow down and be patient and almost let me leave the company to prove his point.  I had things I wanted to get done by 40 that are off track, but I have realigned my values and stopped focusing on timelines, and I’ve made sure not to sacrifice happiness just to get to a certain point by a certain time.

Learn more about the Social Impact Fellowship and sign up for the 2022 waitlist here.

Our commitment: COVID-19 and Fellowship 2020 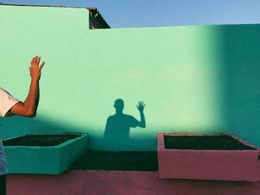 Adjusting to college life: being away from home

What I learned from the different learning styles 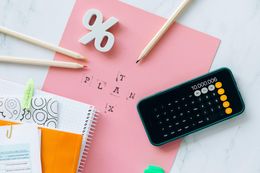