While constraints and mistakes often propel us to look for innovative twists to solve problems, most of us loathe them. When in fact, they can guide us down an adventurous detour to enchanting and revolutionary ideas.

Growing up in the 80s was a “scary” time as kids since we stumbled upon an awful lot of horror movies on TV –  Friday the 13th , Carrie, A Nightmare on Elm Street, The Exocist, and The Amityville Horror. This is especially so, as our fragile little minds were not emotionally ready to draw a distinction between what’s real, what’s fake.

Yet, none of these slasher / monster movies terrified me more than the story of a sea creature – Jaws.

What was most remarkable about Steven Spielberg‘s first blockbuster, is the fact the antagonist killer shark did not appear until almost the end of the film. And yet, it scared the living crap out of me!

Spielberg did not hide the shark for effect though. The mechanical sharks (there were actually three) kept malfunctioning.1 He had no other option but to conceal the defective sharks for most of the movie.

Creativity: Born out of limitations and mistakes

“The shark not working was a godsend” Spielberg noted in an interview. “When I didn’t have control of my shark it made me kind of rewrite the whole script without the shark.”

Not seeing the shark loaded our minds with more terrifying imagination, and actually awarded it with greater power. Here’s a clip to remind you of that “the no shark made it scarier” magic.

While constraints and mistakes often propel us to look for innovative twists to solve problems, most of us loathe them. We view them as obstacles and barriers that impede our ability to execute and innovate. When in fact, they can guide us down an adventurous detour to enchanting and revolutionary ideas.

The folks behind Sesame Street seem to think so as well. The 50th Season formally kicks off in the US on November 16th, 2019, focusing on the theme “Oops and Aha!: Embracing the Power of Possibilities”

In a press release, Sesame Workshop’s Senior Vice President, Curriculum and Content, Dr. Rosemarie Truglio, said “Today’s preschool kids are under an unprecedented amount of stress and pressure to meet certain academic and social-emotional benchmarks, often before they’re developmentally ready. That result-oriented mindset can make kids afraid to take even the safest risks – never trying to pour their own milk for fear of spilling it.”

The press release revealed that in one episode, for example, Abby Cadabby’s brother Rudy, was initially upset when he “ruins” a drawing. Rudy eventually created a new picture inspired by his mistake.

Actionable tip: Made a mistake or hit a roadblock? Get curious.

In the book Art and Fear that covers the challenges faced by artists and those in the creative field, authors David Bayles and Ted Orland recounted a story where ceramics teacher divided his class into two groups. One group would be graded solely on the quantity of work they produced – i.e. they will get a better grade if they produce as many pots as possible. The other group will be graded, solely on its quality of one pot.

As strange as it may seem, it turns out, that the finest works of art, were produced by the group being graded for quantity. While the “quality” group was aiming for perfection, the “quantity” group was making rapid advancement in their artistry by learning from their mistakes. By volume.

Mistakes, roadblocks, and challenges are merely learnings, and additional data points to inform you of how to become more superior. Instead of focusing on why bad things are happening to you, you should be getting curious on what new information you have just discovered, and what creative workarounds can be deployed.

Post it® notes was invented by mistake. In 1968, 3M scientist, Dr. Spencer Silver, endeavored to formulate a super strong adhesive. Instead he accidentally created a weak glue that stuck lightly to surfaces.

Meanwhile, Art Fry, another 3M scientist was looking for a solution to mark the hymns he was going to sing in the upcoming service at the church choir. Fry had an “aha moment” and he partnered with Silver to invent an adhesive that can stick to the paper without damaging the page. And the rest is history.

Billionaire Kylie Jenner showed the world how to embrace an embarrassing moment. In October 2019, Kylie sang “Rise and Shine” to wake her 1-year-old daughter Stormi in a YouTube video of herself giving a tour of her Kylie Cosmetics office.

Right after the video surfaced, it spread like wildfire, and people were trolling her on the internet with memes, jokes and videos. While most people will cower in embarrassment after being mocked digitally around the world, Kylie Jenner got curious about how to monetize the trend.

She reportedly applied for the “rise and shine” trademark, created “rise and shine” hoodies on her personal shop for $65, which sold out quickly. On Twitter, she retweeted some of the best memes with a plug to her new merchandise. And, a makeup line is in the works.

Mistakes, embarrassment, and roadblocks are dreaded concepts to most people. They typically invoke shame, frustrations, fear and pain. But as Kylie Jenner has demonstrated, while you don’t have to pretend to be happy about them, you can get curious about them. What you would find is, it can actually be exciting to figure out how to harness these mistakes and transform them into innovation engine, with surprising, off the charts Jaws-like results.

Adjusting to college life: being away from home

What I learned from the different learning styles

Stepping above the model minority myth as an AAPI

Mental health is striving for progress, not perfection 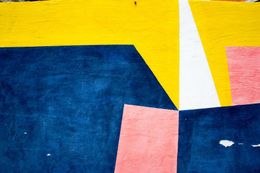 What Is the Opportunity Gap 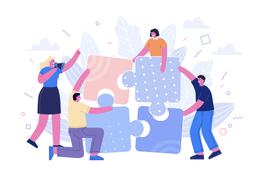