a year ago by Newsroom — 3 min read

Closing the network gap takes a community of partners

With its second partner program with Forbes Under 30, Close the Gap Foundation is proving the power of deep partnership and community building in tackling the network and opportunity gaps for first-generation, low-income students.

Sunnyvale, CALIFORNIA — Last month, Close the Gap Foundation deepened its partnership with Forbes to address the network gap by co-producing the 2021 Forbes Under 30 Summit Service Day.

“Adele’s first-hand knowledge of overcoming obstacles and finding success was inspiring and the advice she gave my students is the best advice I've ever heard someone give young adults.  I'll be talking to future classes about her for years to come.” — Glen Smith, high school teacher in Columbia, Maryland

As an essential part of Close the Gap Foundation’s programming serving first-generation, low-income (FGLI) students, the team is building a community of partners to bring the advantages of a diverse and influential network to those least likely to have access.

For Close the Gap Foundation President, a Forbes lister himself, bringing Forbes listers into view for first-generation, low-income students like himself is especially meaningful.

“As a first-generation, low-income student, I could never have imagined being recognized as a Forbes Under 30 lister. Continuing to work with Forbes to bridge the network gap by connecting listers to FGLI students across the country is a full-circle moment for me,” reflected Tai Tran, Close the Gap Foundation president.

The inaugural Forbes and Close the Gap Foundation partnership program launched this summer proved the interest in and impact of bringing listers and FGLI students together. October’s Forbes Under 30 Summit provided a perfect vehicle for the next evolution of this partnership.

“After the successful launch of the Forbes Under 30 Mentorship Circles program this summer, we are thrilled to be continuing our partnership with Close the Gap Foundation to bring listers into classrooms across the country,” shared Alexandra Wilson, Forbes editor.

The Summit, an annual convening of past and current Forbes listers featuring an enviable pantheon of notable founder, leader, athlete, and celebrity speakers, provided an ideal opportunity to build an experience for community service and connection.

“The Forbes Under 30 Summit Service Day capped off this year’s Forbes Under 30 Summit. The experience will leverage the results-driven mindset of summit attendees - young superstars and game-changers from all over the world - to inspire and truly make an impact on the next generation of young entrepreneurs,” announced Forbes ahead of the Summit.

Following the Summit’s main program the week of October 11, 32 listers engaged in a virtual conversation with hundreds of students in Title I (federal support designated for schools with a large proportion of low-income students) schools across 14 states.

“These conversations provided students an opportunity to access the knowledge, experience, and network of someone who has been through the next phases following high school and also provided speakers with the opportunity to learn from students. I think mentorship like this is a key mutual growth opportunity for both students and mentors,” added Adele McClure, executive director, Virginia Legislative Black Caucus and Forbes Under 30 lister.

Though the listers only visited for one class period, the impact of their reflections and advice, as well as their thoughtful engagement with students’ questions, had a demonstrable impact.

Reflecting on the Service Day, Columbia, Maryland High School Teacher Glen Smith shared, “Adele’s first-hand knowledge of overcoming obstacles and finding success was inspiring, and the advice she gave my students is the best advice I’ve ever heard someone give young adults. I’ll be talking to future classes about her for years to come.”

The success of this second Forbes partnership is a testament to the powerful impact of a deeper, sustained partnership.

“Both the Forbes team and the listers have been incredible partners in the important work of supporting FGLI students. Their eagerness to meet our students where they are and facilitate a meaningful exchange of inspiration and ideas will have an impact for years to come,” commented Mary King, Close the Gap Foundation’s Forbes partnerships program manager.

With another successful partnership program under their belts, Close the Gap Foundation and Forbes hope to continue to bridge listers and FGLI students with future programming in 2022.

About Close the Gap Foundation

Forbes editors involved in the co-production of this partnership were: Alexandra Wilson and Alexandra Sternlicht. 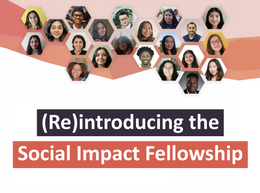 The importance of mentorship 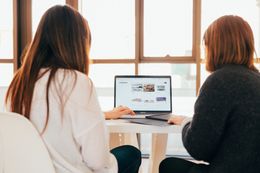